Carrier screening is a test to determine if you are a carrier of a specific disease. Even if you don’t have the disease, you can be a carrier of the gene causing the disease. In this blog, we’ll explain how genes work and if you should have your embryos tested for genetic abnormalities.

How does a disease form?

Most of us carry genes for at least two serious diseases but do not have the disease. This is because we have two genes for everything and we have one good copy (non-disease causing) which is used by the body to ensure we are well.  So, even if we do not have a disease, we may carry one copy of the gene for the disease.

If a couple has a baby and they both have a copy of the same disease-causing gene it possible the baby will get two genes for the disease (one from each parent). The baby would have a gene from the mother and the same disease-causing gene from the father and therefore have no good copies of the gene and have the disease. This pattern of inheritance of genetic diseases is called autosome recessive and in Australia, the most common disease transmitted this way is cystic fibrosis. The below image explains genetic diseases. 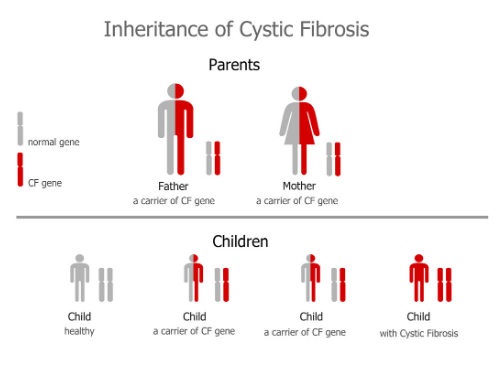 In 2017 the American College of Geneticists published a recommendation stating all couples planning to have a baby or in the early stages of pregnancy, should be offered genetic screening for the ‘big three’ - these include cystic fibrosis, thalassemia and spinal muscular atrophy type 1. This is often called “limited carrier screening”. As carrier screening for the ‘big three’ is not funded by Medicare, there is an associated cost.

With expanded carrier screening  93-99% of couples find that they do not have the same disease-causing gene and there is no change in their decisions or management.

Endocrine disruptors to avoid during IVF